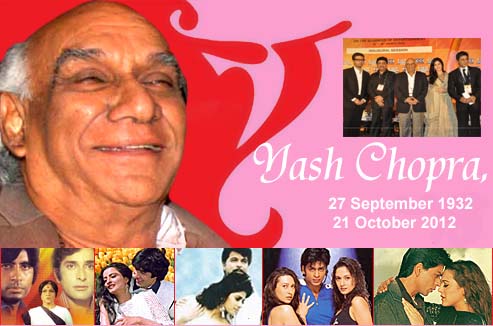 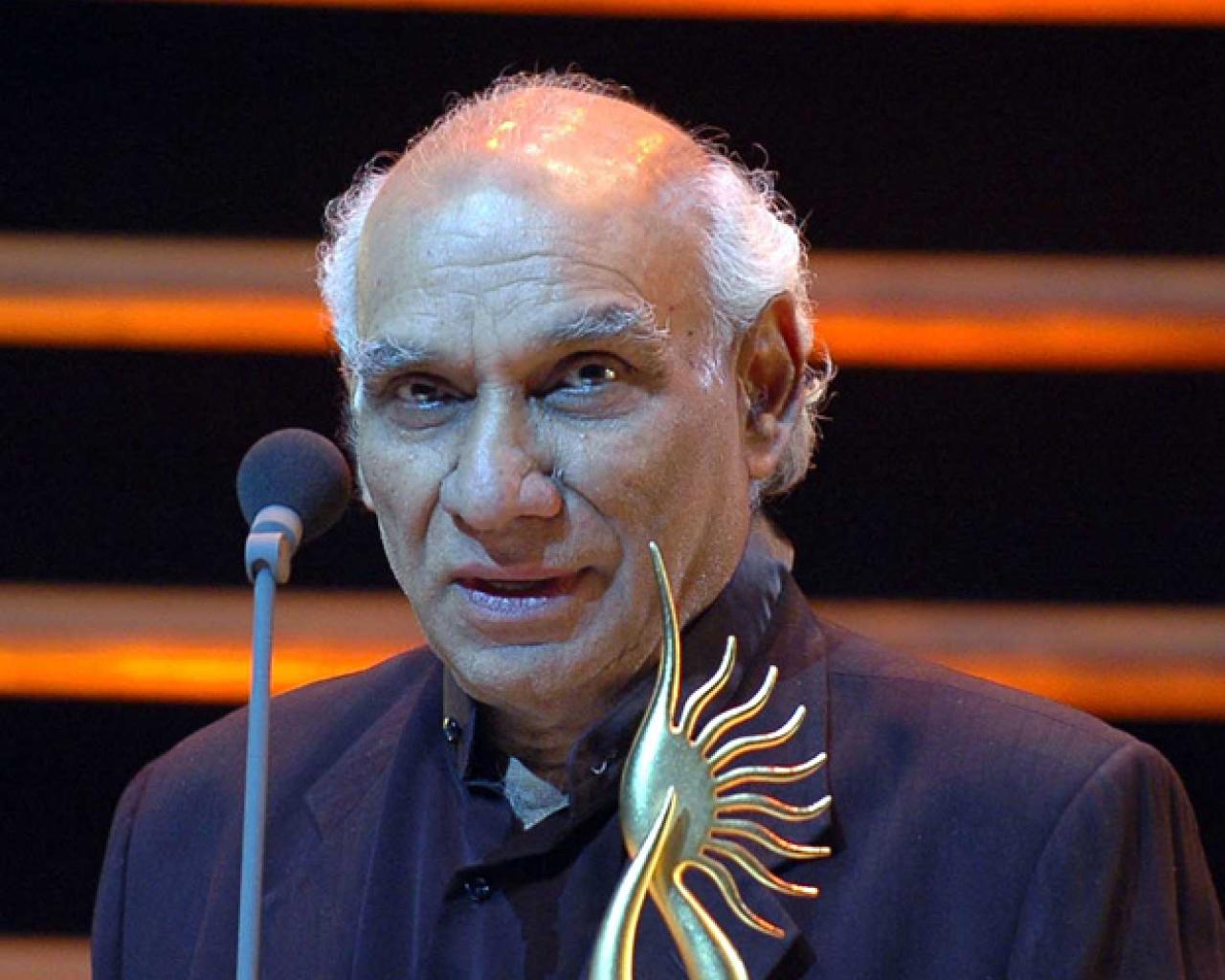 Veteran Hindi filmmaker and 'King of Romance' Yash Chopra  passed away at a suburban hospital in Mumbai  on Sunday21 OCTOBER 2012..Chopra, who celebrated his 80th birthday on September 27, had been admitted to the Lilavati hospital in Mumbai last week on account of dengue infection, hospital sources said.
he is called the MASTER OF ROMANCE in hindi films
His action films also contained some glimpse of love whether it is deewar, kaala paththar or Darr.
he made immortal love and family drama like KABHI-KABHIE. he made a lot of lovely pictures with Amitabh Bachchan 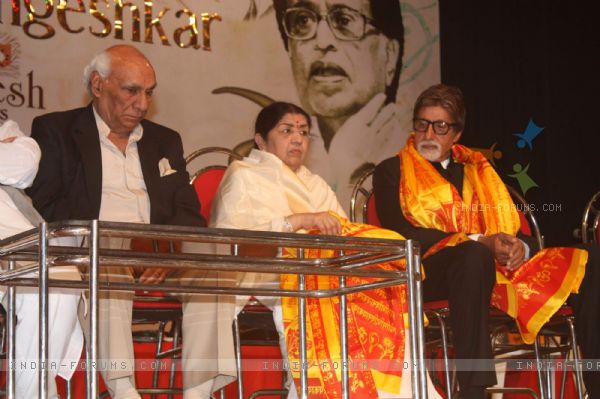 Yash Raj Chopra (27 September 1932 - 21 October 2012 born in Lahore, British India, was an Indian film director, screenwriter and film producer, predominantly working in Hindi cinema. Chopra began his career as an assistant director to I.S. Johar and his elder brother, B.R. Chopra. He made his directorial debut with Dhool Ka Phool in 1959, a melodrama about illegitimacy and followed it with the hard-hitting social drama Dharmputra (1961). Encouraged by the success of both films, the Chopra brothers made several more movies together during the late fifties and sixties. Chopra then rose to prominence after the commercially and critically successful drama, Waqt (1965), which pioneered the concept of multi-starters in Bollywood.
In 1973, Chopra founded his own production company, Yash Raj Films, and launched it with Daag: A Poem of Love (1973), a successful melodrama about a polygamous man. His success continued in the seventies, with some of Indian cinema's most successful and iconic films, including the action thriller Deewar (1975) which established Amitabh Bachchan as the "angry young man" of Bollywood, the romantic drama Kabhi Kabhie (1976) and Trishul (1978). The eighties marked a professional setbacks in Chopra's career as several films he directed and produced in that period failed to leave a mark at the Indian box office, notably Silsila (1981), Mashaal (1984) and Vijay (1988). However, in 1989, Chopra directed the commercially and critically successful cult film Chandni which became instrumental in ending the era of violence in Bollywood and bringing back music into Hindi films.
Chopra then directed and produced the cult classic Lamhe in 1991. Considered by critics and Chopra himself as his best work to date. The film was critically acclaimed and became one of the biggest Bollywood hits in the overseas market. Chopra followed it with the box-office hit and trend setter Darr (1993). Starring the then-débutant Shahrukh Khan, it showed a sympathetic look at obsessive love and defied the image of the conventional hero. Since then, Chopra directed three more romantic films, all starring Khan; Dil To Pagal Hai (1997), Veer-Zaara (2004) and Jab Tak Hai Jaan (2012) before he announced his retirement from directing in 2012. Chopra is chairman and founder of both the motion picture production and distribution company Yash Raj Films which ranks as India's biggest production company as of 2006 and the Yash Raj Studios.
Chopra's career has spanned over five decades and over 50 films.He is considered among one of the greatest filmmakers in the history of Hindi cinema. Chopra has won several film awards, including six National Film Awards and eleven Filmfare awards including four Filmfare Award for Best Director. The Government of India honoured him with the Dadasaheb Phalke Award in 2001 and the Padma Bhushan in 2005 for his contributions towards Indian cinema. BAFTA presented him with a lifetime membership for his contribution to the films, making him the first Indian to receive the honour in the 59-year history of the academy. His last movie was Jab Tak Hai Jaan (2012) which is going to release. 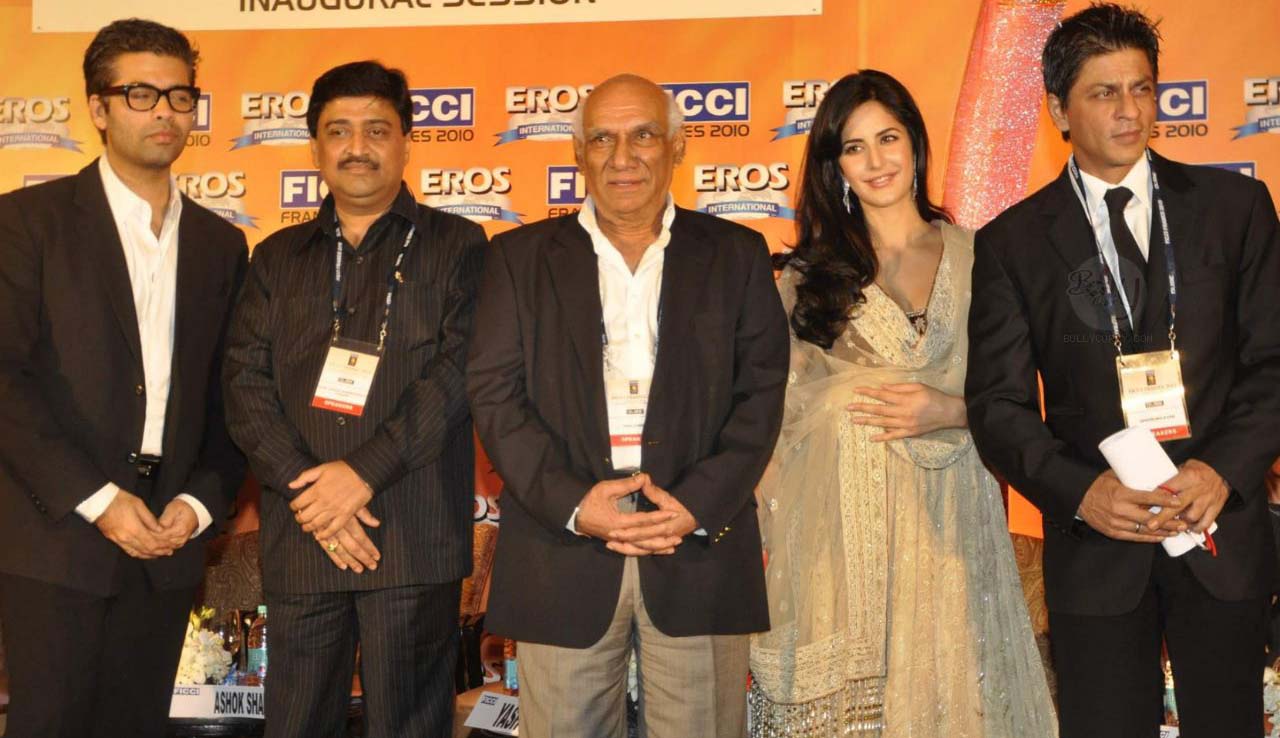